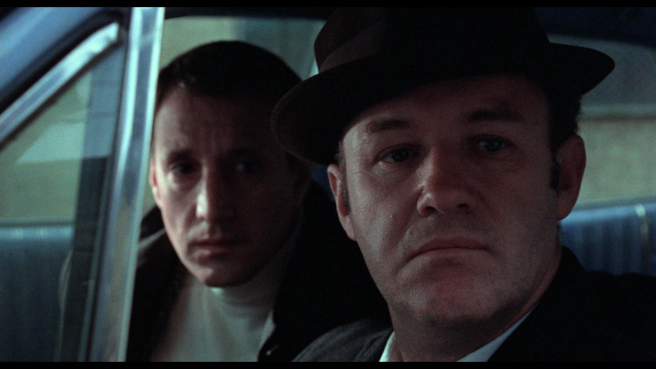 So last week I saw that the French movie The Connection was streaming on Amazon Prime, and I thought I would revisit the French Connection movies first.  The French Connection is a movie that holds up amazingly well.    Sometimes a young director does great things when a belief in infallibility is combined with true talent (until hubris topples the thrones of the mighty).  It happened with Welles, it happened with Coppola, and it definitely happened with William Friedkin.   Friedkin was too young to know how the game was supposed to be played.  He just knew the movie he wanted to make, and he made it.

The movie is kind of a solid stream of kinetic energy.  Friedkin got his start in documentary films, and so he shot this with a documentary feel.  Everything was shot on location, and the camerawork has a natural quality. Of course, everybody remembers the chase scene, with a car chasing a train under the elevated tracks.   It’s a scene that paved the way for a generation of car chases that followed, but still manages to be one of the best.  So many car chases today are exciting, but so perfectly choreographed;  the chase in The French Connection feels unrehearsed and real, which it was to an extent.  A couple of the crashes were not supposed to be crashes, they were supposed to be near misses.  Happy accidents, because they contribute to the sense of reality. 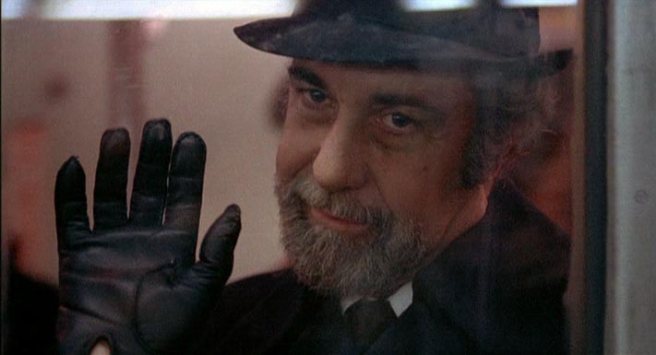 Speaking of happy accidents, the story of Fernando Rey being cast by accident is one of the greatest movie stories in Hollywood history.  William Friedkin told his casting director to hire the guy who was in all the Luis Bunuel movies to play Charnier, the antagonist.  The actor that Friedkin had in mind was Paco Rabal, but the casting director hired Fernando Rey, another actor that had appeared in several Bunuel films.  And of course, Rey is sublime as Alain Charnier;  its hard to imagine anyone else topping his performance.   The movie is full of great performances.  Gene Hackman won his first Oscar, and Roy Scheider was nominated.  The movie also won best direction and best picture. 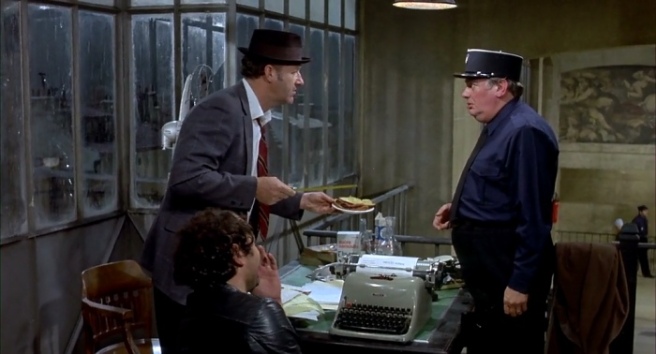 And now we get to the sequel.  French Connection II is one of those sequels that was made for one reason only:  the first movie made a ton of money.  The original was based on a true story.  (If you dig the movie, check out the book by Robin Moore.  It is a good police procedural.)  The second movie has no basis in fact.  What it does have is Gene Hackman and Fernando Rey reprising their roles from the first movie.  It also has the vastly underrated director John Frankenheimer.

The first time I watched this movie, I so wanted it to be great, and it is so clearly not.  It is a decent movie, with many great moments, but overall it is a letdown compared to the first movie.   First of all, the fish out of water premise is fantastic; so is the idea of Hackman’s character getting strung out on heroin.  It just fails a little bit in the execution.  There are many great sequences.   Particularly when Hackman gets angry.  The scene in which he torches the hotel, that is a marriage of great directing and great acting.

My favorite scene in the movie has  Cathleen Nesbitt, veteran actress of the British stage, (in her 80’s when the movie was made!) stealing Gene Hackman’s watch.  What a great moment.  It is nothing like the original movie, but is worth watching at least once, particularly if you are a fan of Gene Hackman.

The Connection is a French movie that purports to be inspired by the events of The French Connection.  It is a loose inspiration, because in reality Jean Jehan (the drug kingpin from the first two movies) was never jailed.  France refused to extradite him.  The character in this movie (played by Gilles Lellouche) is a fictional druglord, who is controlling the flow of heroin into America.  He is basically untouchable, and everybody is on the take, including many of the police whose job it is to bust him.  Then along comes Pierre Michel (played by Jean Dujardin) who is placed in charge of the organized crime unit, and decides to bring Lellouche down.

For the most part, it is a compelling film, solidly paced, with good performances..  There are some cliches that have become all-too-familiar in cop movies, such as the wife who threatens to leave because her husband is spending too much time working, and forces him to make a choice.  I think this is the first time I have seen Dujardin act in his native French.  His portrayal is very powerful, and convincing.   He has a face that was made to be photographed. If you like crime thrillers, and are not averse to reading subtitles, then give this one a try.  It is a worthy successor to the French Connection series.

I also recently watched Hitchcock’s To Catch A Thief, so I could review it for my alfredhitblog site.  I always enjoy this film.  Two beautiful people, in a beautiful city, dressed in beautiful clothes, on beautiful sets, speaking beautiful dialogue.  Definitely a summer movie.

You can read my review here.